Good morning. It’s Thursday. We’ll look at yet another place where rats are turning up as the city emerges from the pandemic. We’ll also take a nostalgic ride to the 1950s with a model train setup that’s so elaborate it has scale-model stations and a scale-model drive-in movie theater. 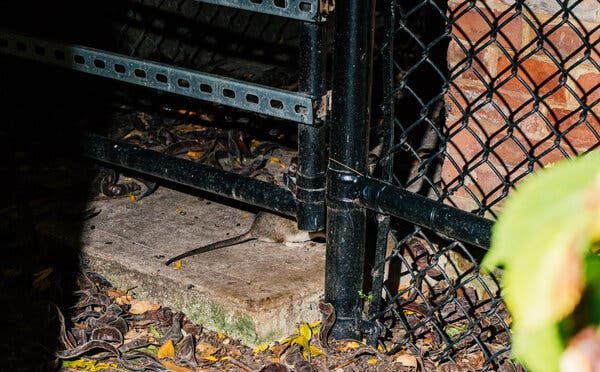 There has long been an uneasy coexistence between New York City’s human population and its rat population. It became uneasier in the pandemic.

Or, to put it another way, there are more rats in cars these days.

New car registrations increased 19 percent between the summers of 2019 and 2021, according to the state Department of Motor Vehicles. And more cars mean more opportunities for rats.

Building superintendents, resident managers, homeowners and tenants may be accustomed to being on the front lines in the fight against rats — one block association on the Upper West Side put up yellow “rat crossing” signs several years ago. “You walk down the street at night, it’s like a conga line,” one of the residents on the block said at the time.

There’s nothing new about rats under the hood, but rat sightings climbed during the pandemic. And now, many mechanics are finding themselves on rat patrol. Our writer T.M. Brown interviewed 28 mechanics across the city, of whom 20 reported an increase in vermin in cars.

Louis Letizia, a mechanic at Manhattan Auto Service and Bodywork in East Harlem, described what happened in troubleshooting a car hobbled by a rather large rat in the engine compartment.

“When my guy opened the hood,” Letizia said, “he screamed.”

Rats don’t often venture into the passenger compartment. They go for the engine. They can chew through a wire — new soy-based insulation is essentially catnip for rats, said Michael Parsons, a visiting research scholar at Fordham University who is an urban rat expert. Or they can leave leftovers in places where automotive engineers never imagined there would be food.

This usually happens when a car is parked and the owner is asleep, because rats understand the rhythms of the city — as nocturnalists, they know when they will not be disturbed. They move on when their nap is ended, but the problems linger on — the “check engine” message lights up when the owner turns the key.

It happened to Mary Chan, an operations manager who lives in Bedford-Stuyvesant, Brooklyn. “Then we noticed a burning smell,” she said, “and found out that it was because of all the debris the rats had been dragging in.” There was plastic wrap, she said, and even the bone from a chicken wing.

In effect until Aug. 15 (Feast of the Assumption).

A train set that outgrew the basement

Regina Kulik hadn’t been dating John Scully long when he said he was passionate about trains. “I thought, is there an Orient Express in my future?” she recalled on a recent morning.

There wasn’t. The ardor Scully felt was for model trains — and for the Delaware, Lackawanna and Western Railroad, which ran from Hoboken, N.J., to Buffalo. Since childhood Scully, now 78, had been mesmerized by the Lackawanna, as the line was known.

Kulik married Scully, who had worked as an investment banker in San Francisco, and when they decided to go bicoastal in 2002 with a vacation home in East Hampton, N.Y., they built a house with a basement — a large basement where little metal wheels could glide over little metal tracks. Four hundred twenty-five feet of little metal tracks, with bridges and overpasses. And scale-model stations, a scale-model drive-in movie theater and a scale-model grocery store.

Even so, the basement was not big enough.

“He’d go, ‘We don’t really use that gym,’” she said, because there was also an exercise room in the basement. “I’d say, ‘OK, John, we don’t need the gym.’ Then John would go, ‘We don’t drink that much wine. Why do we need that wine cooler?’ I said, ‘OK, John, who cares.’ He put trains in where the bottles go. The last thing was the cedar closet. He said, ‘We have enough closets upstairs. We don’t need that.’ I said, ‘John, just take over the whole basement.’ And he did.”

Now the basement is empty. The Scullys have given the trains, the tracks, the locomotives, the coaches, the stations and everything else to Liberty Science Center in Jersey City, N.J., where it will go on display on Saturday. “It’s the most amazing train set I’ve ever seen,” said Paul Hoffman, the president and chief executive of the center, “and that’s because of his obsessive attention, or more charitably, his meticulous attention in trying to recreate what the rail line was like in the 1950s.”

That was Scully’s dream: to make an accurate replica of the Lackawanna line as he remembered it from summertime trips. Scully consulted a horticulturist about the trees in the territory the Lackawanna ran through and hired someone to make 5,000 tiny trees by hand. The tracks and the trains were also handcrafted.

One of the trains was a model of the Phoebe Snow, which was originally called the Lackawanna Limited. Scully said it was “the premier train of the Lackawanna.”

Regina Scully said she has become a train fanatic herself. “I find myself talking about trains at cocktail parties,” she said. “I no longer talk about movies, but ‘Have you seen the Lackawanna and the Phoebe Snow?’ I’m looking at things through the eyes of an 8-year-old, the wonderment of an 8-year-old, and I say to my husband, ‘I love you as the man you are, but I love the little boy in you.’”

It was the first week of April last year. Having recently become employed again, I was equal parts relieved and completely overwhelmed by heading back into the thick of work.

Sitting in Tompkins Square Park on a midmorning coffee break, I got word of a last-minute issue with a client and called a colleague for help.

“I’m going to scream,” I said into the phone. “This guy on the bench next to me is going to be freaked out.”

I glanced at the man, who was smoking a cigarette in silence. He seemed to be, like me, in his mid- to late 20s.

After ending the call, I let out an exasperated grunt and buried my face back in my email.

“Was that your scream?” the man on the bench said. He was grinning.

And to my surprise, he began to scream, loud enough to disturb several pigeons but shallow enough to assure passers-by of the situation’s good-humored nature.

Bewildered and desperate not to leave him hanging, I — against every instinct I had — started to scream too. The few seconds of joined cacophony quickly turned into shared laughter, and I relaxed into the bench with a smile.

Soon, the park resumed its quiet, and the pigeons settled back to their scavenging. The man rose, wished me a good day and walked away.

I was left bewildered and breathless and feeling much, much better.

Glad we could get together here. See you tomorrow. — J.B.

Melissa Guerrero, Fariha Rahman and Ed Shanahan contributed to New York Today. You can reach the team at nytoday@nytimes.com. 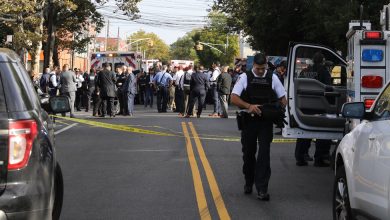 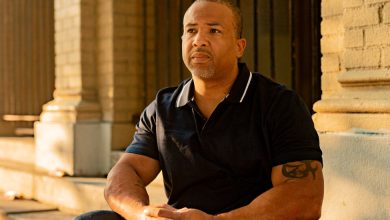