As Blake McFarland came bounding through the doors of Gallery 85, Patrick Powell figured he was looking at yet another football player hoping to make a connection with his boss. In a way, he was right.

It was 2015, and Powell was managing the art gallery on behalf of his client Vernon Davis, an N.F.L. tight end who was playing with San Francisco at the time. While their main clientele was art buyers, more than a few former college football and N.F.L. practice squad players would pop in hoping that Davis could help them get another shot at the league. McFarland, at 6-foot-5 and 230 pounds with a granite jaw line and muscles testing the structural integrity of his T-shirt, looked the part.

But while McFarland had played football in high school, and was a professional athlete, he was looking for something entirely different. Having just finished his fifth season pitching in the Toronto Blue Jays’ minor league system, McFarland drove to the gallery on Santana Row in San Jose, Calif., in hopes of showing off his artwork: a panther he had constructed from recycled bicycle tires.

Powell was impressed with the piece and told McFarland he would be willing to put it in the gallery so long as Davis approved. But when Davis saw it, he came up with a different plan: He bought it from McFarland on the spot and asked for two more sculptures to show on the gallery floor.

“Blake was just doing this as a hobby,” Powell said. “He didn’t even know what price to ask for. Then he sold that first piece to Vernon within the hour, and he sold several additional pieces with us. He had the most successful pieces in our gallery by far.”

For McFarland, those first commissions and sales were validation. They gave him the confidence to make a wildly unorthodox career transition from professional baseball player to professional artist. 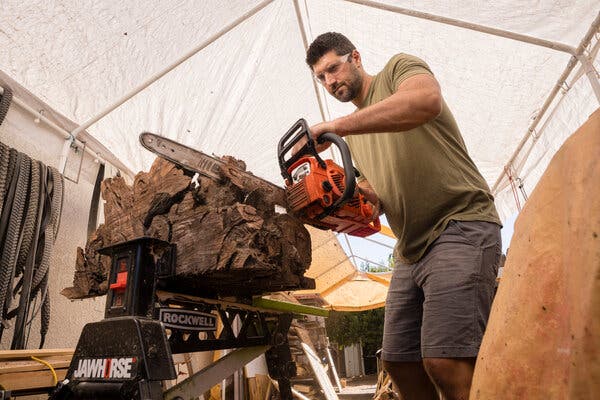 Blake McFarland has been working with tools his entire life, but it wasn’t until adulthood that he considered what he was doing to be art.

McFarland’s sculptures of team mascots have been displayed prominently at the annual Cotton Bowl thanks to his partnership with Goodyear.Credit…Matt Strasen/Associated Press
McFarland has worked with a variety of materials, including old surfboards, tires, wood and epoxy.

“Going from baseball to art was fun,” McFarland said. “It was also scary. I was just going on a whim, hoping my work would sell. I remember the night that first piece sold. My wife and I opened a bottle of champagne to celebrate.”

McFarland can remember tinkering with tools for most of his life. His father was a hardwood flooring contractor who could fix anything, but McFarland was more interested in making things from scratch. At home, he would shape wood into bows and arrows. At school, he’d fill his notebooks with sketches of his two passions: baseballs and ocean scenes.

By the time he got to high school, McFarland’s main focus was baseball. He was a star pitcher at San Jose’s Leigh High School but didn’t get any college scholarship offers. After a few years at junior colleges, he transferred to San Jose State, where he started 30 games, completing six of them. He went undrafted in 2011 and began his pro career with the Vancouver Canadians of the low Class A Northwest League.

Without a large bonus to carry him through his minor league years, McFarland knew he would need to find work during the off-season. And he knew he didn’t want that work to involve baseball. Although many minor leaguers spend their off-seasons coaching, McFarland needed a break.

He turned to art, which at that point involved scouring Craigslist for broken surfboards, repairing them and painting murals on them — and then reselling them on Craigslist.

“The margins weren’t that great,” he said, laughing. “I bought the boards for $100 to $200 and I sold them for $400 to $600, and I could only finish about 10 during the off-season. But I learned a lot. The main lesson was: It’s harder to be a professional painter than a major league pitcher. I really believe that.”

On a recent trip to Sierra Meadows Park in Clovis, Calif., to have a catch with his father, Jim, Blake McFarland still looked the part of a professional athlete despite having retired five years ago.
McFarland finished his minor league career with the Class AA New Hampshire Fisher Cats in 2017.Credit…New Hampshire Fisher Cats
McFarland got close to his dream of pitching in the majors, reaching as high as Class AAA in the Toronto Blue Jays system.

He got the idea to work with tires after seeing a serpent made out of tractor tires on display as a public piece of art at a park near his home. He sourced car and motorcycle tires from local auto body shops but learned a hard lesson: Those types of tires are too thick to cut, and they are illegal to throw away.

Finding and manipulating bicycle tires proved to be more manageable, even if it made a mess in the apartment he shared with his girlfriend, Jessica.

“I remember looking out at him on our balcony in winter and seeing him covered in tire grease and foam mold and thinking, ‘I’m never going to have a clean home,’” said Jessica McFarland, a doctor, whom Blake married in 2012. “At the same time, I was grateful that he had this outlet and this plan for his life after baseball. Sometimes when guys retire, they’re overwhelmed with what they’ll do next. Blake was able to let go of baseball more easily.”

In November 2015, the Blue Jays put McFarland on their 40-man roster — a vote of confidence that protected him from being selected by another team in the Rule 5 draft. But during spring training he injured his shoulder and wasn’t able to throw at all. He underwent surgery, worked his way through two years of rehab and tried stem cell therapy, but nothing worked.

“I have no doubt that Blake would have been a major league pitcher if he hadn’t gotten injured,” said Taylor Cole, a pitcher who played and rehabbed with McFarland in the Blue Jays system for several years. “He threw like 94 miles per hour, but he had this ball that was invisible. He threw it at the top of the zone and guys couldn’t hit it. What he could do then is even more sought after by teams today.”

During the two off-seasons when he was attempting to get his shoulder right, McFarland managed to score the biggest commissions of his art career: creating custom tire sculptures for the Cotton Bowl. For the January 2017 game, his first working with the Cotton Bowl, he built a life-size Bronco for Western Michigan and a giant Bucky the Badger for Wisconsin.

Will Clanfield, an executive at a public relations firm hired by Goodyear, which sponsored the bowl games, discovered McFarland’s website a few pages deep on Google search results for tire sculptors and was struck by how perfectly McFarland’s personal history fit with the project. “You’re talking about a guy who was in the minors, had an arm of a lifetime before an injury ended up cutting his career short,” Clanfield said. “He didn’t let that totally sink him. Instead, he took that drive that made him a professional pitcher and made himself a success in a totally different field.”

Initially, McFarland tried to work with used car and motorcycle tires, but he quickly found that material was too thick. Bicycle tires solved the problem.
Last year, McFarland appeared in three episodes of the NBC show “Making It,” competing for the title of “Master Maker” and a $100,000 prize.Credit…Evans Vestal Ward/NBC
A process McFarland developed lets him use epoxy in creative ways. But he hopes to continue to innovate rather than being known just for tire sculptures or epoxy work.

With the Goodyear contracts and his independent commissions, McFarland was making more money sculpting than he was pitching; and with his shoulder still not cooperating, he retired from baseball in 2017. He was only 29.

“Baseball taught me the habits and the discipline that have helped me succeed so far in the art world,” McFarland said. “I didn’t get big scholarship offers, and I didn’t get drafted, and so I had to work harder than everyone else in baseball. I feel the same way about my art.”

He added: “I try to learn from every mistake and refine every technique until it’s the best I have the ability to make it.”

Although he still works with tires, he has received more commissions recently for his work with wood and epoxy. He developed a method for cooling epoxy that allows him to pour thick layers without it cracking or breaking, which he has used to create whales, rhinos and horses.

“I get bored very easily,” he said. “I don’t want to keep doing the same thing over and over again. I don’t want to be known as just the tire sculptures guy or just the epoxy guy.”

As for that first sale, the panther tire sculpture: Davis took it with him when he moved from San Francisco to Denver and then again when he returned home to Washington to finish his football career. Davis, who has transitioned into acting, recently asked McFarland to create a custom sculpture commemorating his N.F.L. career — a request from one athlete and artist to another. 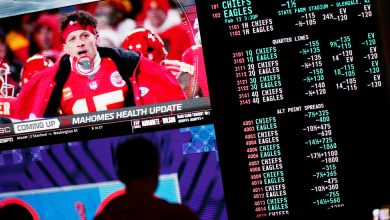 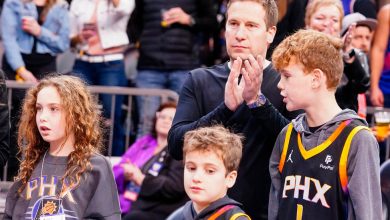 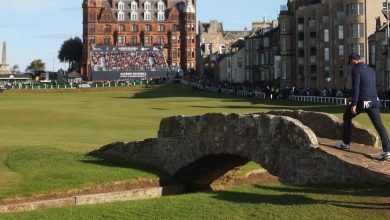